8 ways AI could be used in the future 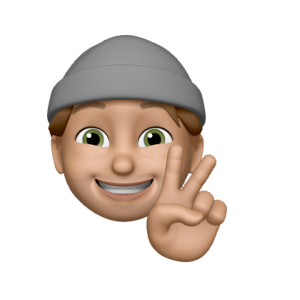 Over the past decade, artificial intelligence has transformed the world subtly but profoundly. But this has nothing to do with what is expected in the next decade with regard to the innovations currently being developed. Speech recognition built into all smartphones was just a test. In the next decade, the AI ​​will make more progress than in the past 50 years. With innovations quickly applicable to business, politics and in our personal lives, the influence of the AI ​​will soon affect all facets of our lives.

Here are 8 surprising innovations that prove that our lives and our society will soon be changed forever by artificial intelligence.

The kitchen is perfectly suited to AI, since it is all about how to combine a list of ingredients in different ways and according to different dosages. Products like Hello Egg make it easier to find and make recipes, but also monitor their eating habits to eat healthier. Some experiments involving AI in meal design have not been conclusive, but let us not forget that IBM has meanwhile grasped the subject and that Chef Watson will not miss new ideas.

As ridiculous as its name, the technology “Pay With Your Face” could well be a tremendous time saver. The development of facial recognition algorithms will soon be fast and cheap enough to support millions of daily transactions. And machine learning can teach a computer to recognize more than faces. Wells Fargo and others are considering securing certain financial transactions through analysis of the user’s voice.

The speech of the founder of Alibaba Jack Ma presents an aspect that forces admiration: in the next decades, the best bosses in the world could well be robots. If management is to identify and affect talent, then the AI ​​may be able to do so. But some, like Nell Watson of the think tank Singularity University, believe that the emergence of AI would make people so capable of organizing themselves that their own managers would become less important.

Artificial intelligence will not replace child rearing any time soon. But what about having an animal? The constant and loyal presence of a furry friend is sometimes what some need and an artificial companion could even play relaxing music at the same time. Not only do domestic robots become cute, adorable, and even vulnerable, but their minds are beginning to be able to replicate some of the most critical aspects of animal intelligence. It’s not just fidelity: soon, the AI ​​will grow with you and create a lasting bond as your personality evolves under your very eyes.

Pandora has long sold to the public the idea that computers can deconstruct music to extract its various components and then analyze them to find similar music. What is intriguing in the future of music drawn by artificial intelligence is that with the new technologies available, programmers no longer need to wait for the feedback of a listener: the AI ​​can already Sufficiently analyze the music to create its own songs, inspired by human music. And this ability to dive into the heart of things will be crucial for other applications, for example Magenta, Google’s AI, seems to build a very solid understanding needed to create artificial programmers and even artificial musical critics.

Elon Musk loves to talk about his road-trips alone and he does well. By letting people sleep while their car rolls on the highway, stand-alone vehicles avoid having to fly over short distances. This is probably the most desirable advantage of fully autonomous cars, more than the fact that they reduce daily commuting. This could totally change the nature of mid-range travel and allow the creation of a new generation of mobile workers who will literally never need to settle anywhere.

Artificial intelligences like Siri or the new Google Wizard have always tried to help their users organize their different appointments. But it is only recently with the arrival of more artificial intelligences that these have really managed to do more than simply remind the user of his past appointments. Now, and even more so in the near future, the AI ​​can read and understand your conversations and get the information you need to organize your agenda. If someone tells you that you should see you next Tuesday after the show, the machine learning algorithms can analyze these references to understand their meaning and suggest a meeting point at the time You were planning.

Real-time translation tools already exist and have been invented by Tech giants, such as Skype, Microsoft or Apple. But other research units, such as Google or even the US Department of Defense, are looking to go even further. For the moment, the machines can only try to translate about a hundred of the 7000 languages ​​encountered in the world. Whether military or multinationals or even just good old schools, someone will use artificial intelligence to push the translation in real time further and allow us very soon to talk to anyone. 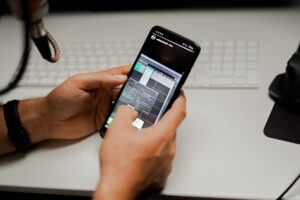 What is Mobile Marketing

Mobile Marketing: A Direct Path to Your Customer’s Heart  Mobile marketing, when done well, is the shortest, surest path to

How Do I Create a Digital Coupon

Digital coupons are one of online shopper’s best friends and a key factor in convincing customers into making a purchase. 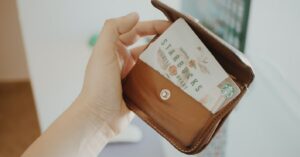 Why You Need to Ditch Your Paper Punch Card in 2021

As the old saying goes, “out with the old and in with the new.” We live in a day and